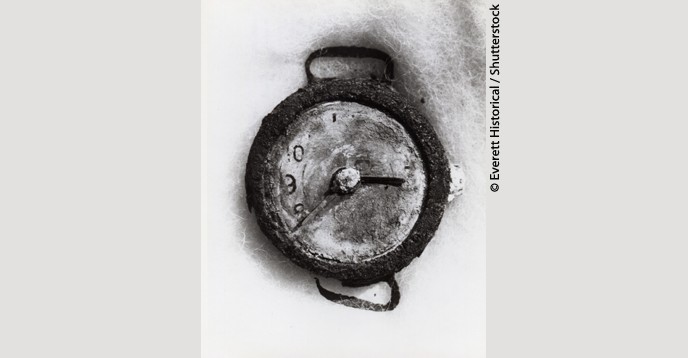 If the advent of gunpowder to Western Europe had much to do with the disappearance of the feudal system, and the French Revolution which culminated in the Napoleonic Wars showed the way for the inclusion of science in making war felt by whole populations, it is evident that recent scientific advances may prove to be one of the chief factors in the enslavement of mankind. Because of his importance in warfare, the scientist can no longer be considered as a free and independent individual and whether he likes it or not, he is tied to the military destinies of the various countries. The rights of man and the rights of the scientist have become, therefore, inextricably entangled. The struggle of the scientist to maintain his freedom of action has an important bearing on the struggle of mankind for prosperity and happiness.

Modern means of transportation have caused an interrelationship between the various nations of the world which formerly did not exist. No longer is it possible to look disinterestedly upon diseases in the far corners of the world. For the same reason that centres of poverty and of social disturbance have been potential sources of trouble within one country, these phenomena anywhere in the world constitute threats for those portions of humanity which now enjoy high standards of living. It may even be that extravagance in the use of natural resources by one nation would be of such vital concern to other nations that threats to world peace would be involved. We have hardly made a beginning in conserving our natural resources for the national good. We are a long way from looking on natural resources as assets which must be conserved for the good of the world. The implied threat to certain rights of man considered heretofore as fundamental in a society made of individualists is so obvious as not to need detailed comment.

The foregoing paragraphs present humanity in general and scientists in particular with a very real dilemma.

The conflict between nationalistic aspirations and the real need for a broader outlook is not one which can be resolved in a few months or years. It is evident, however, that certain rights of scientists and consequently certain rights of man will necessarily be curtailed for the common good. The really important question is whether this curtailment will lead to such a decrease in happiness and to such an invasion of privacy that life would cease to have any real meaning. Freedom to travel, to impart information, and even to engage in certain forms of livelihood will be so intertwined with the political sphere that the greatest caution must be exercised in plotting a course for the future.

Differences should be encouraged

The first duty of the scientist is to ensure that the black spots in the world, where poverty and disease are all too common, are eradicated. This necessarily implies more universal scientific education together with the imposition of certain laws restricting freedom of personal action as regards matters pertaining to health and the use of natural resources. It is difficult but possible to carry these steps forward without at the same time invading the most important rights of man as understood in the enlightened countries of western Europe and the Western Hemisphere, but inevitably material progress will run counter to certain deep-seated prejudices, arising partly from religion, in large fractions of the earth's population. The social and political implications of what we usually term progress are so vast that it is difficult at this time to make any sweeping generalizations concerning the future. There are differences of religion and of political ideologies which will always exist. Such differences should be encouraged, for each culture can contribute its bit to the happiness of mankind. The question arises mainly as to whether these differences can be prevented from leading to war, because war is the main instrument in the destruction of the rights of man.

Scientific training is supposed to lead to the cultivation of an objective attitude, one which permits judgement of matters on their merits without the incorporation of prejudice. Scientists by no means always carry this objective attitude into their discussions of political matters, but the scientific type of mind should be adaptable to social problems. Perhaps the greatest contribution the scientist can make in preserving the rights of man is to educate the world into a free discussion of all matters without personal animosity. Such an ideal cannot be reached overnight. The intolerance of the true scientist toward errors in fact and errors in logic must be tempered by a real tolerance toward varying basic postulates in the social sphere. Ultimate truth is difficult to reach in the physical sciences. It may never be attained in the science of human relationships.

It is vital for the future of the world that intense animosities and hatreds be allayed. This cannot be done solely by social and psychological studies. Good nourishment and congenial surroundings are essential if persons are to divorce their inner feelings from immediate problems. The immediate objective of the politician should be to avoid war at all costs, and the immediate objective of the scientist should be to ensure that all levels of society in all nations are freed from economic anxiety. If this is done, then given a long enough period of peace, the rights of man can gradually be worked out, and a code of ethics evolved which will fit the human race into a scientific world. The rights of man will have to be redefined, but we are confident that they can be redefined in such a way that the elements essential to human happiness are preserved.

Have we the right to use up our soil recklessly?

Can science change a person's heredity?

An eminent American photochemist, W. A. Noyes, Jr. is a scholar with broad interests that included politics. His pioneering research is well-documented in over 200 publications, including the classic text with Philip Leighton, The Photochemistry of Gases (1941). The son of a well-known chemist, Noyes’ scientific career involved professional activities with the US government, the American Chemical Society, with universities and industrial laboratories. During and after the Second World War, he was active in the International Council of Scientific Unions and also contributed to UNESCO’s activities.