This is not the first time that mankind has reacted generously to a noble cause. But this is the first time that international fellowship has found expression on so large a scale in matters of culture, and that governments have committed their States to such an undertaking. It is also the first time that this same fellowship has invoked the principle that certain religious, historical and artistic monuments, in which mankind has expressed its deepest convictions and highest aspirations, belong to the whole human race and are part of its common heritage, regardless of when they came into existence or the place where they happen to be

Culture, an essential element of the intellectual and moral solidarity of mankind has thus been recognized by States, for all the world to see, as an important factor in their co-operation for the promotion of peace by the spirit to which the members of Unesco have pledged themselves. That is the significance of this event which will itself make history. 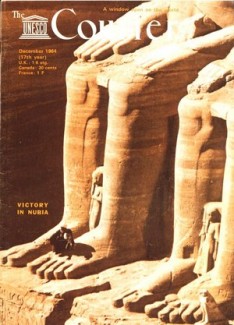