The international cultural forum “Central Asia at the crossroads of Civilizations” will be held in Khiva, Uzbekistan, from 14 to 16 September 2021. This event, put forward by the President of the Republic of Uzbekistan Shavkat Mirziyoyev in his address to 75th Session of the United Nations General Assembly in September 2020, is organized in collaboration with UNESCO.

This initiative, welcomed by UNESCO, aims to gather the countries of the region to further unlock new prospects. Director-General of UNESCO Ms. Audrey Azoulay highlighted the main role of the region regarding dialogue and mediation in the current geopolitical context, and expressed the accordance of this forum with Central Asian history as a crossroads of civilizations and its current vitality.

UNESCO, represented at the forum by Ms. Gabriela Ramos, Assistant Director-General for Social and Human Sciences, has mobilized to promote the common history and shared cultural heritage of Central Asia for many decades particularly within the framework of its Silk Roads Programme, in works which have included the multivolume book ‘The History of Civilizations in Central Asia’.

The forum will be an occasion to further study the contributions of commercial, scientific, and cultural exchanges to the development of Central Asian heritage, as well as the modern sciences and social and human sciences. It will bring together several high-level ministerial delegations from the countries of Central Asia, Azerbaijan, Hungary, Turkey, as well as international and regional organizations. Moreover, around 150 renowned experts in culture and science from all over the world will contribute to the forum during four parallel thematic sessions.

At the same time the forum will contribute to the efforts of the countries of Central Asia and the wider region, including Uzbekistan, into expanding intraregional cooperation in all key areas that has reached unprecedented levels during the last couple of years. In particular, it may help consolidate the agreements reached at the high-level international conference “Central and South Asia: Regional Connectivity. Challenges and Opportunities”, which took place on 15-16 July 2021 at the initiative of the President of the Republic of Uzbekistan Shavkat Mirziyoyev. During this event more than 600 participants from all over the world explored new ways to further enhance cooperation between the two regions in all major aspects, including in the cultural sphere.

The chosen venue for the forum is also very symbolic. As one of the ancient cities situated along the Silk Roads, Khiva has been a centre of education, science, and culture, and served as a cradle of civilizations spanning millennia, with 'Itchan Kala' inner city of the ancient oasis of Khiva inscribed onto the UNESCO World Heritage List in 1990. 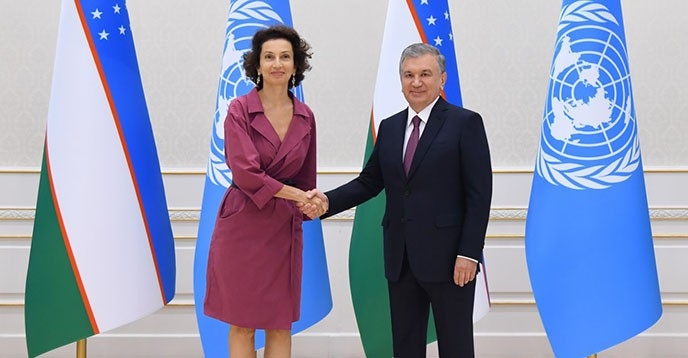 Director-General of UNESCO Ms. Audrey Azoulay and President of the Republic of Uzbekistan Shavkat Mirziyoyev 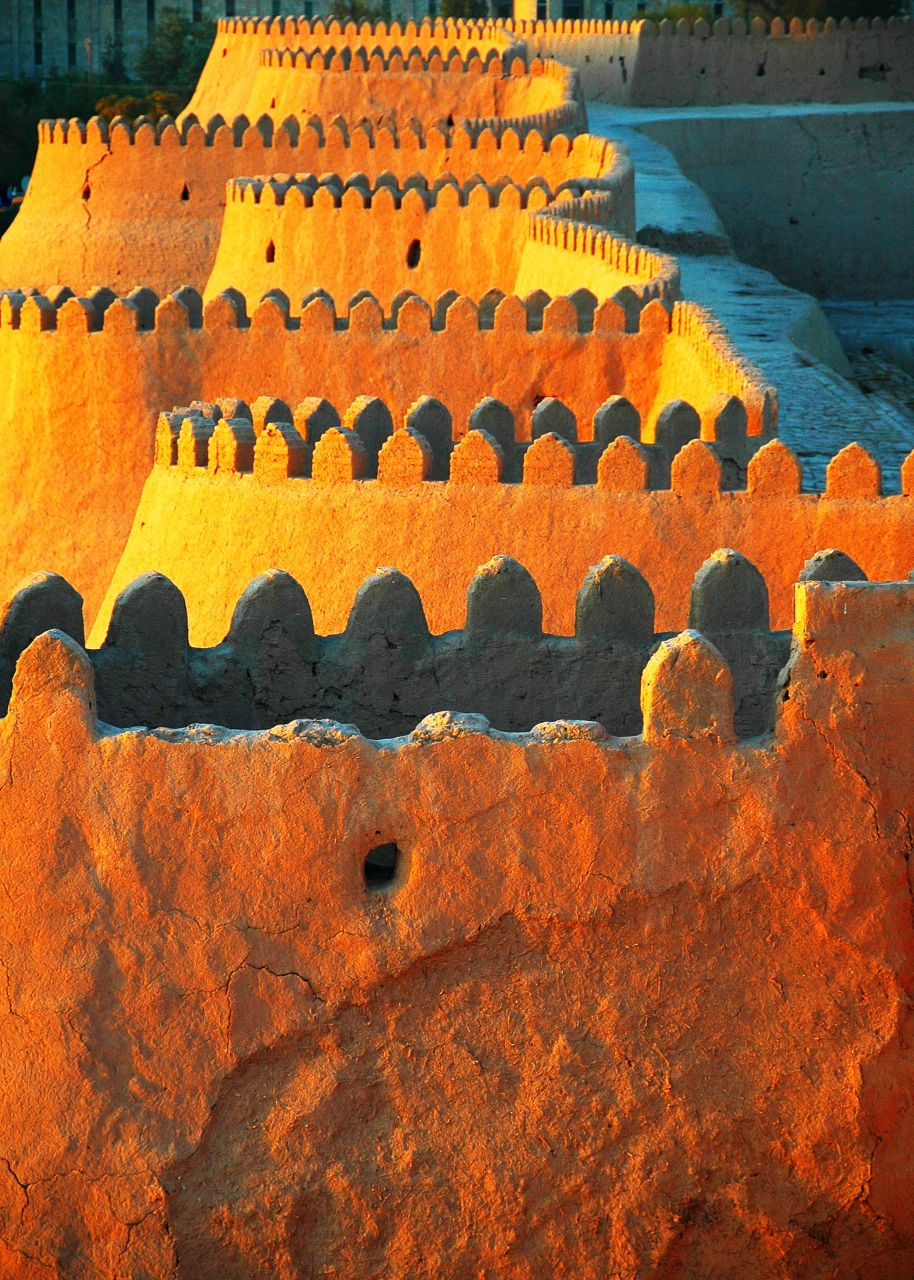 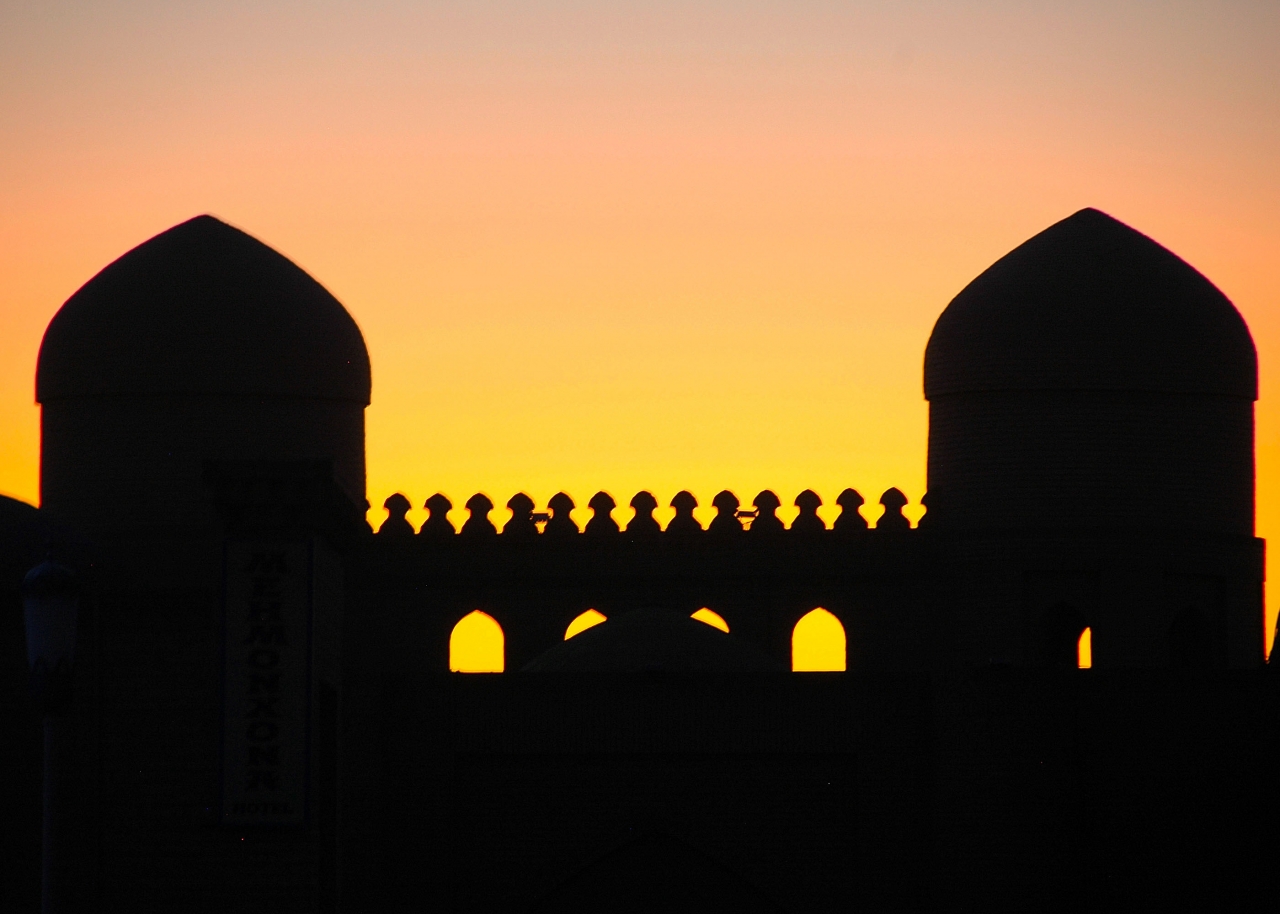 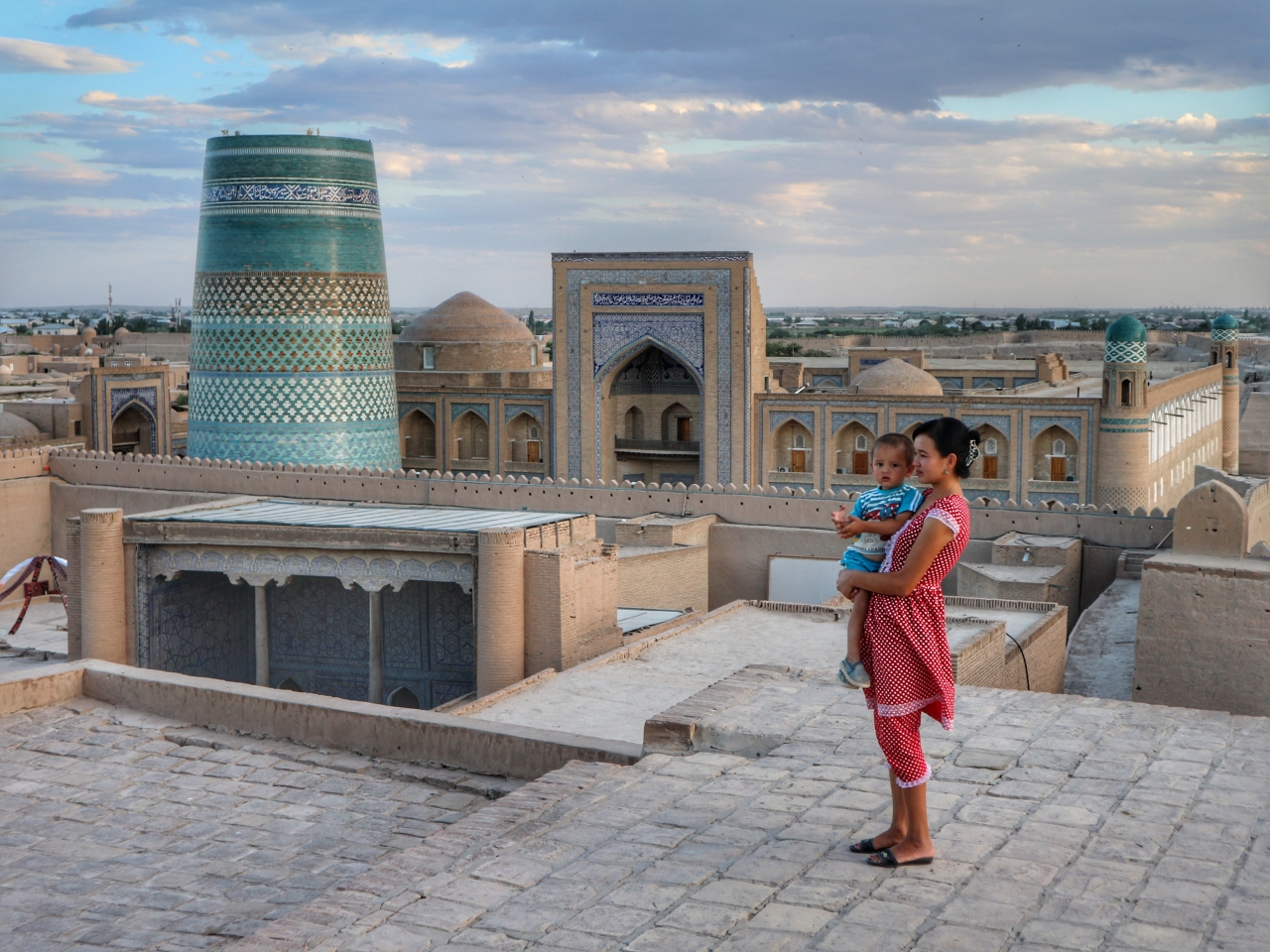